How Food May Improve Your Mood 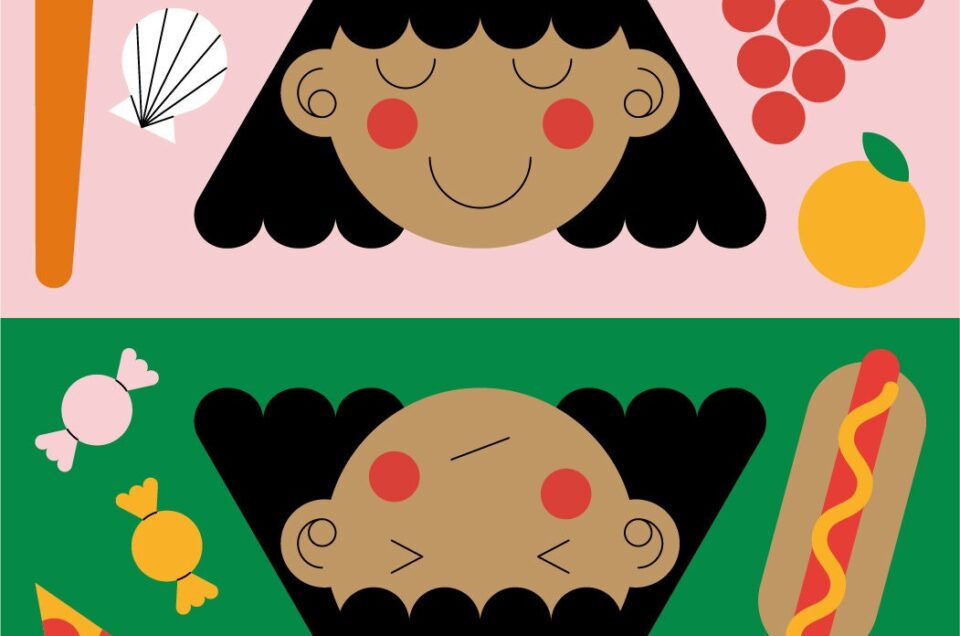 The sugar-laden, high-fat foods we often crave when we are stressed or depressed, as comforting as they are, may be the least likely to benefit our mental health.

As people across the globe grappled with higher levels of stress, depression and anxiety this past year, many turned to their favorite comfort foods: ice cream, pastries, pizza, hamburgers. But studies in recent years suggest that the sugar-laden and high-fat foods we often crave when we are stressed or depressed, as comforting as they may seem, are the least likely to benefit our mental health. Instead, whole foods such as vegetables, fruit, fish, eggs, nuts and seeds, beans and legumes and fermented foods like yogurt may be a better bet.

The findings stem from an emerging field of research known as nutritional psychiatry, which looks at the relationship between diet and mental wellness. The idea that eating certain foods could promote brain health, much the way it can promote heart health, might seem like common sense. But historically, nutrition research has focused largely on how the foods we eat affect our physical health, rather than our mental health. For a long time, the potential influence of food on happiness and mental well-being, as one team of researchers recently put it, was “virtually ignored.”

But over the years, a growing body of research has provided intriguing hints about the ways in which foods may affect our moods. A healthy diet promotes a healthy gut, which communicates with the brain through what is known as the gut-brain axis. Microbes in the gut produce neurotransmitters like serotonin and dopamine, which regulate our mood and emotions, and the gut microbiome has been implicated in mental health outcomes. “A growing body of literature shows that the gut microbiome plays a shaping role in a variety of psychiatric disorders, including major depressive disorder,” a team of scientists wrote in the Harvard Review of Psychiatry last year.

Large population studies, too, have found that people who eat a lot of nutrient-dense foods report less depression and greater levels of happiness and mental well-being. One such study, from 2016, that followed 12,400 people for about seven years found that those who increased their consumption of fruits and vegetables during the study period rated themselves substantially higher on questionnaires about their general levels of happiness and life satisfaction.

Large observational studies, however, can show only correlations, not causation, which raises the question: Which comes first? Do anxiety and depression drive people to choose unhealthy foods, or vice versa? Are people who are happy and optimistic more motivated to consume nutritious foods? Or does a healthy diet directly brighten their moods?

The first major trial to shed light on the food-mood connection was published in 2017. A team of researchers wanted to know whether dietary changes would help alleviate depression, so they recruited 67 people who were clinically depressed and split them into groups. One group went to meetings with a dietitian who taught them to follow a traditional Mediterranean-style diet. The other group, serving as the control, met regularly with a research assistant who provided social support but no dietary advice.

At the start of the study, both groups consumed a lot of sugary foods, processed meats and salty snacks, and very little fiber, lean proteins or fruits and vegetables. But the diet group made big changes. They replaced candy, fast food and pastries with whole foods such as nuts, beans, fruits and legumes. They switched from white bread to whole grain and sourdough bread. They gave up sugary cereals and ate muesli and oatmeal. Instead of pizza, they ate vegetable stir-fries. And they replaced highly processed meats like ham, sausages and bacon with seafood and small amounts of lean red meats.

Importantly, both groups were counseled to continue taking any antidepressants or other medications they were prescribed. The goal of the study was not to see if a healthier diet could replace medication, but whether it could provide additional benefits like exercise, good sleep and other lifestyle behaviors.

After 12 weeks, average depression scores improved in both groups, which might be expected for anyone entering a clinical trial that provided additional support, regardless of which group you were in. But depression scores improved to a far greater extent in the group that followed the healthy diet: roughly a third of those people were no longer classified as depressed, compared to 8 percent of people in the control group.

The results were striking for a number of reasons. The diet benefited mental health even though the participants did not lose any weight. People also saved money by eating the more nutritious foods, demonstrating that a healthy diet can be economical. Before the study, the participants spent on average $138 per week on food. Those who switched to the healthy diet lowered their food costs to $112 per week.

The recommended foods were relatively inexpensive and available at most grocery stores. They included things like canned beans and lentils, canned salmon, tuna and sardines, and frozen and conventional produce, said Felice Jacka, the lead author of the study.

“Mental health is complex,” said Dr. Jacka, the director of the Food & Mood Centre at Deakin University in Australia and the president of the International Society for Nutritional Psychiatry Research. “Eating a salad is not going to cure depression. But there’s a lot you can do to lift your mood and improve your mental health, and it can be as simple as increasing your intake of plants and healthy foods.”

A number of randomized trials have reported similar findings. In one study of 150 adults with depression that was published last year, researchers found that people assigned to follow a Mediterranean diet supplemented with fish oil for three months had greater reductions in symptoms of depression, stress and anxiety after three months compared to a control group.

Still, not every study has had positive results. A large, yearlong trial published in JAMA in 2019, for example, found that a Mediterranean diet reduced anxiety but did not prevent depression in a group of people at high risk. Taking supplements such as vitamin D, selenium and omega-3 fatty acids had no impact on either depression or anxiety.

Most psychiatric professional groups have not adopted dietary recommendations, in part because experts say that more research is needed before they can prescribe a specific diet for mental health. But public health experts in countries around the world have started encouraging people to adopt lifestyle behaviors like exercise, sound sleep, a heart-healthy diet and avoiding smoking that may reduce inflammation and have benefits for the brain. The Royal Australian and New Zealand College of Psychiatrists issued clinical practice guidelines encouraging clinicians to address diet, exercise and smoking before starting patients on medication or psychotherapy.

Individual clinicians, too, are already incorporating nutrition into their work with patients. Dr. Drew Ramsey, a psychiatrist and assistant clinical professor at the Columbia University College of Physicians and Surgeons in New York, begins his sessions with new patients by taking their psychiatric history and then exploring their diet. He asks what they eat, learns their favorite foods, and finds out if foods that he deems important for the gut-brain connection are missing from their diets, such as plants, seafood and fermented foods.

Dr. Ramsey published a book in March, “Eat to Beat Depression and Anxiety,” and founded the Brain Food Clinic in New York to help people struggling with mood disorders improve their diets. He often recites a jingle so people can remember the basics of his dietary advice: “Seafood, greens, nuts and beans — and a little dark chocolate.”

Dr. Ramsey said these foods help to promote compounds like brain-derived neurotrophic factor, or BDNF, a protein that stimulates the growth of new neurons and helps protect existing ones. They also contain large amounts of fiber, unsaturated fat, antioxidants, omega-3 fatty acids and other nutrients that have been shown to improve gut and metabolic health and reduce inflammation, all of which can affect the brain.

Dr. Ramsey said he does not want people to think that the only factor involved in brain health is food. “Lots of people get their food exactly right, live very active lives, and still have significant troubles with their mental health,” he said.

But he also teaches people that food can be empowering. “We can’t control our genes, who our parents were, or if random acts of trauma or violence happen to us,” he said. “But we can control how we eat, and that gives people actionable things that they can do to take care of their brain health on a daily basis.”

How Food May Improve Your Mood