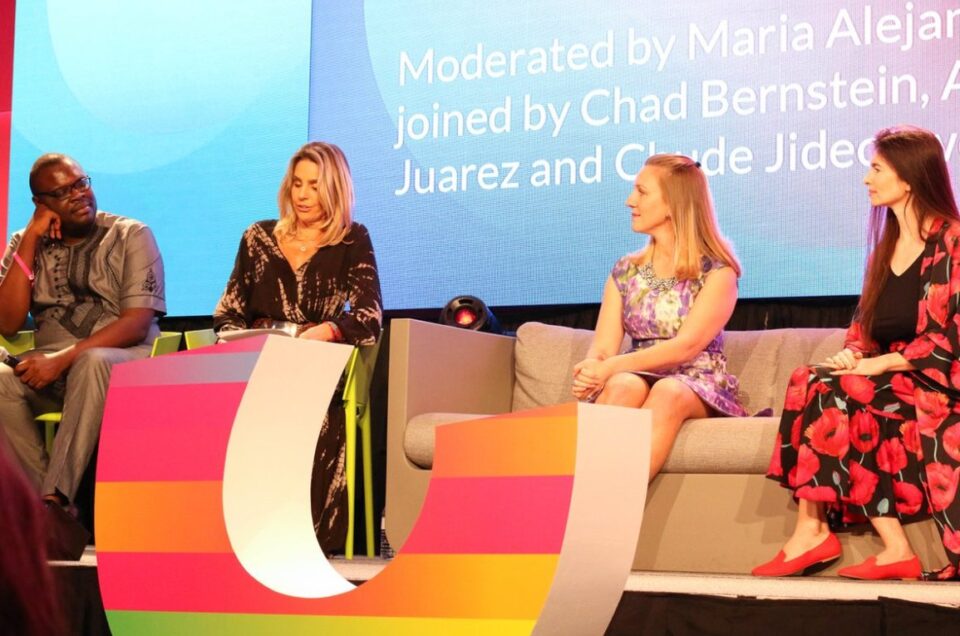 Chude Jideonwo, the chief executive officer at Joy, Inc. [www.joyinc.xyz] and Yale World Fellow, has, along with other experts reiterated the need to prioritise happiness and flourishing evidence to create societies and citizens that are whole, resilient and thriving. He made this call while speaking both at the H-20 Government summit and the World Happiness Summit last Thursday and Saturday respectively in Miami, Florida.

According to a release made available after his panel discussion, Chude, who was the only black person on the panel, as he often is in most rooms where discussions about happiness are made, noted: “I am fascinated by this chasm between science and government. But where the West has been slow to come to terms with this, I have seen vast opportunity for the rest of the world, especially Africa.”

“The forward-thinking government of United Arab Emirates, firmly convinced by the preponderance of evidence has already taken happiness very seriously, establishing a dedicated ministry and hosting the world’s thought leaders every year. And there are pockets of spaces across the world – Bhutan, the United Kingdom, recently, China with emotional intelligence – that are doing this, but the movement remains sparse,” he noted calmly.

“This creates an incredible opportunity for my continent. Having lagged behind in much of the waves that have defined modern life, we have a prime opportunity to take the lead in a conclusive field that the rest of the world is yet to take seriously, and incorporate happiness and flourishing evidence to create societies and citizens that are whole, resilient and thriving.

“There is the tired debate that only nations with income growth should turn their attention to happiness. But the body of evidence turns that logic on its head – happy, flourishing citizen, per Barbara Fredrickson’s groundbreaking research at the University of North Carolina, have the advantage in building truly sustainable, inclusive economies and societies, with an eye on income and power inequalities.

“Africa has leapfrogged once before – from desktop to mobile, leading the rest of the world. It has an amazing opportunity to leapfrog once again by taking the lead in this brave new world,” he concludes.

“I am very bullish about happiness research and very impatient with the pace of application. This is the one space of human endeavour where philosophy confirms theology and psychology confirms economics. So many people desperately need this research across the world,” Chude passionately shared on his Instagram page after the summit.

The World Happiness Summit is the first global forum created to expose individuals to the practical implementations of the science of happiness. It united leading experts in positive psychology, government, sustainability, economics, mindfulness, technology, business and media with the general public to discuss, engage and explore happiness within a holistic format to enhance the well-being of individuals, communities, corporations and society at large. A prelude to the World Happiness Summit, H-20, an invitation-only government meeting also brought together experts to explore best practices, policies, case studies and challenges around increasing civic happiness and well-being around the world.

Other speakers at the World Happiness Summit included Emeritus Professor of Economics at the London School of Economics and co-authors of the World Happiness Policy Report, Lord Richard Layard; Professor of Practice and Director of Education in the Positive Psychology Center at the University of Pennsylvania, James Pawelski; Author and lecturer of two of the largest classes in Harvard University’s history, Positive Psychology and The Psychology of Leadership, Tal Ben-Shahar; Author and former Chief Business Officer for Google [X], Mo Gawdat; WOHASU Founder and CEO, Karen Guggenheim and a host of other experts.